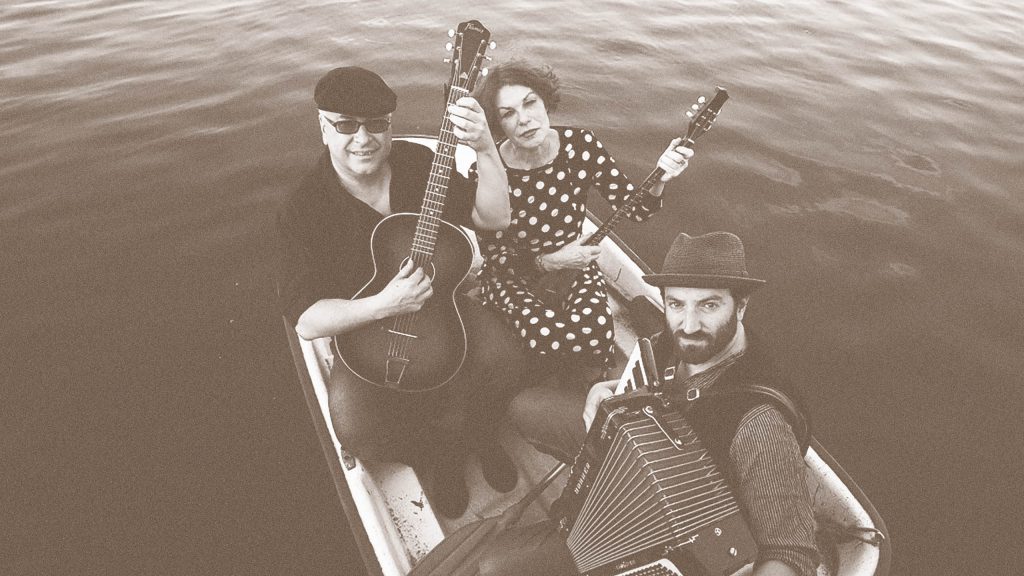 Musicians of the Hanseatic city of Hamburg sail through Jewish migrations in word and song.

The focus of this recital is the Port of Hamburg, which developed into the most important emigration port in Europe around 1900. It was a hub for millions of Eastern European refugees on their way to the New World. They fled pogroms, the threat of military service and economic hardship from their beloved homes to distant America.

With workers’ songs, exile poems and a portion of sailor’s yarn, Stella Jürgensen and Daniel Kahn sing about the Port of Hamburg as a place of departure and arrival, as a symbol of home and refuge and as a refuge for hopes and dreams.

One focus is on the Yiddish language, which has always defined itself transnationally, is still stateless today and transcends borders. In this song recital, revolutionary poets meet modern Yiddish poets. New and old ballads are about Jewish culture in a time of change and upheaval, flight, hardship, war, expulsion and hope.

When purchasing a ticket for the concert “Daniel Kahn & Stella’s Morgenstern”, admission to the reading with Carmen Bisotti is included.