They were our neighbors 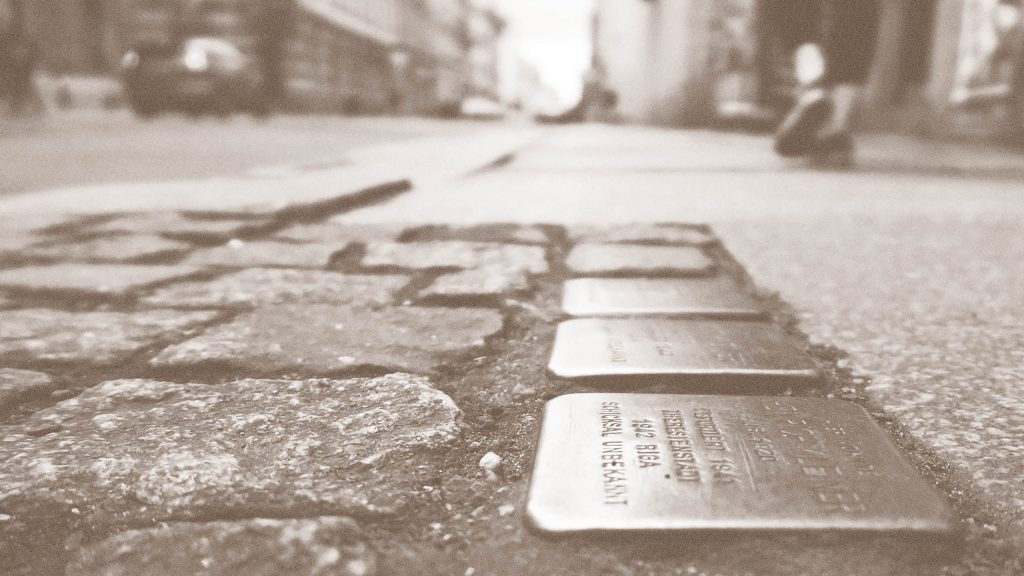 Together with you, we want to search for clues and rediscover Jewish life in the New Town. We tell you stories about the people and their fates, which are commemorated by means of the Stumbling Stones there – such as in Bautzner Straße 20, where a Stumbling Stone in front of the House of the Jewish Community has been commemorating Rosa Conradi since 2009.

In addition, we would like to take the opportunity to clean the visited Stumbling Stones together with you. Flowers and candles are welcome.

Stolpersteine have been laid in Dresden since 2009. The Cologne artist Gunter Demnig has been making them since 1992. There are now more than 70,000 across Europe. With just a few words before the last freely chosen place of residence or work, the brass plates commemorate those people who were persecuted, deported and/or murdered during the National Socialist era.

The tour begins and ends at the Kleines Haus des Staatsschauspiels.

A joint event with the Stolpersteine für Dresden e.V.