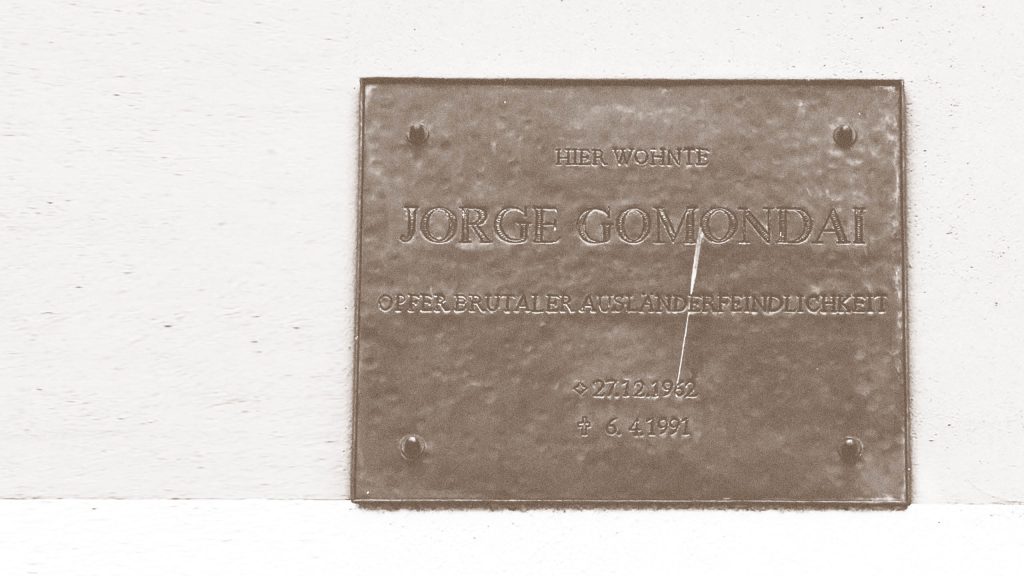 Jorge Gomondai is the first victim of racist violence in Saxony after reunification. His death has permanently changed the lives of many people in Dresden.

The memorial plaque on the square of the same name commemorates the night of Easter Sunday 1991 when he was pushed off the train by recognizably right-wing youths in Dresden’s Neustadt and died of his injuries on April 6, 1991. The police ruled out an act motivated by right-wing violence and did not properly secure the evidence.

A guided tour of Dresden Postcolonial and Hatikva.