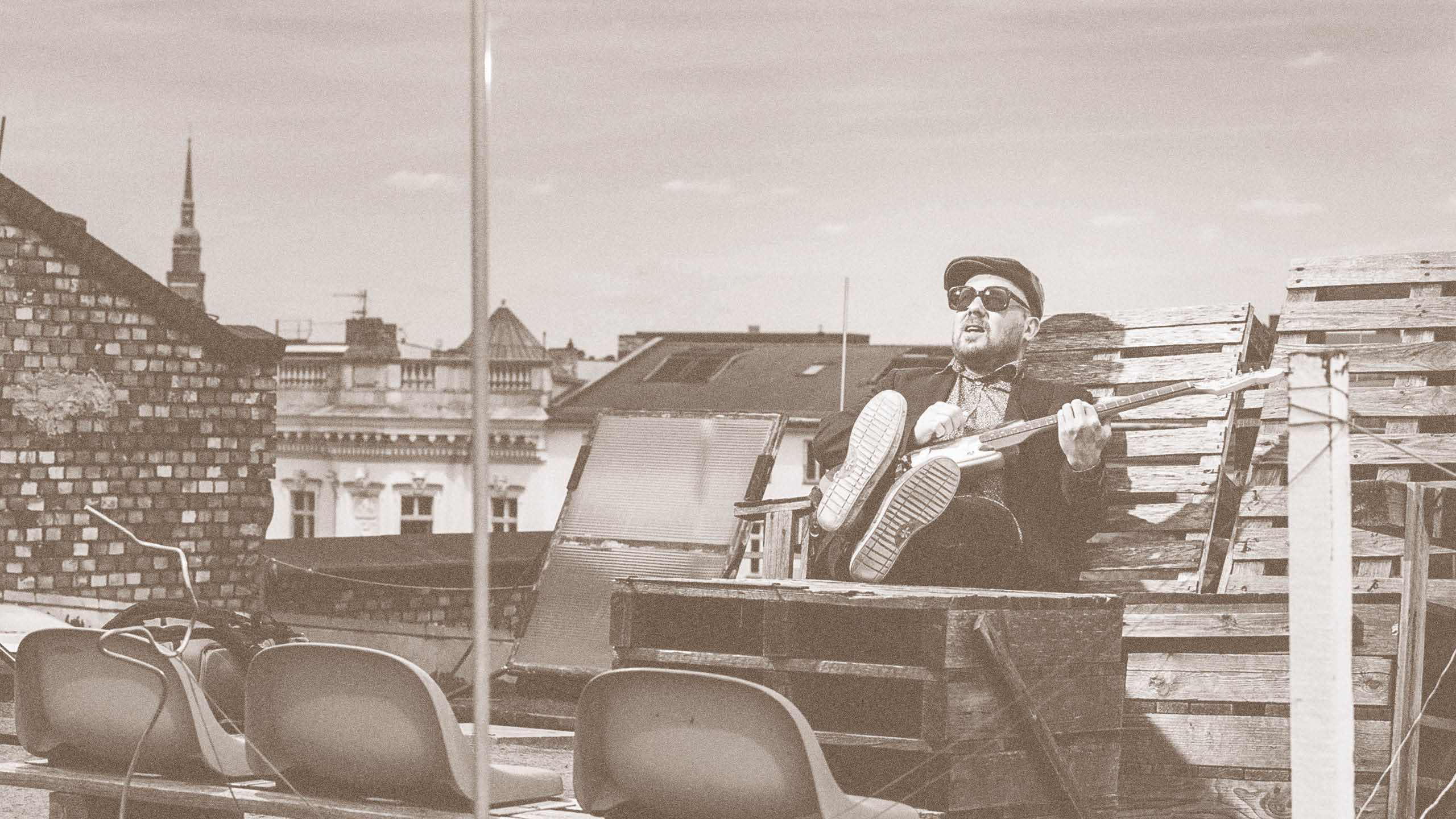 Yuriy Gurzhy is a popular musician, singer, songwriter, workshop leader, blogger, author, activist and DJ, born in Charkhiv but based in Berlin for many years. He will present his work on different days and will be in close contact with the festival.

Yuriy Gurzhy was born in 1975 into a Ukrainian-Jewish family in Kharkiv. At the age of 20 he came to Berlin. Here he initiated the now legendary party series Russendisko with Wladimir Kaminer, founded the band RotFront, with whom he recorded three albums and toured around the world, wrote for theater and film and published his first book.

He now actively supports Ukraine. He publishes his “War Diary” in the Berlin Tagesspiegel, attends demonstrations and is already working on other projects to counter the Russian attack on his homeland with culture.

Yuriy Gurzhy produced his last two albums in Ukraine. “The New Donbass Symphony” was released in 2020, a song cycle developed in the five cities of the Ukrainian Donbass together with the students living there, as well as “Fokstroty” (2021), ten songs to the texts of Ukrainian authors from the time of the executed Renaissance, which Gurzhy recorded and sang together with Serhij Zhadan.