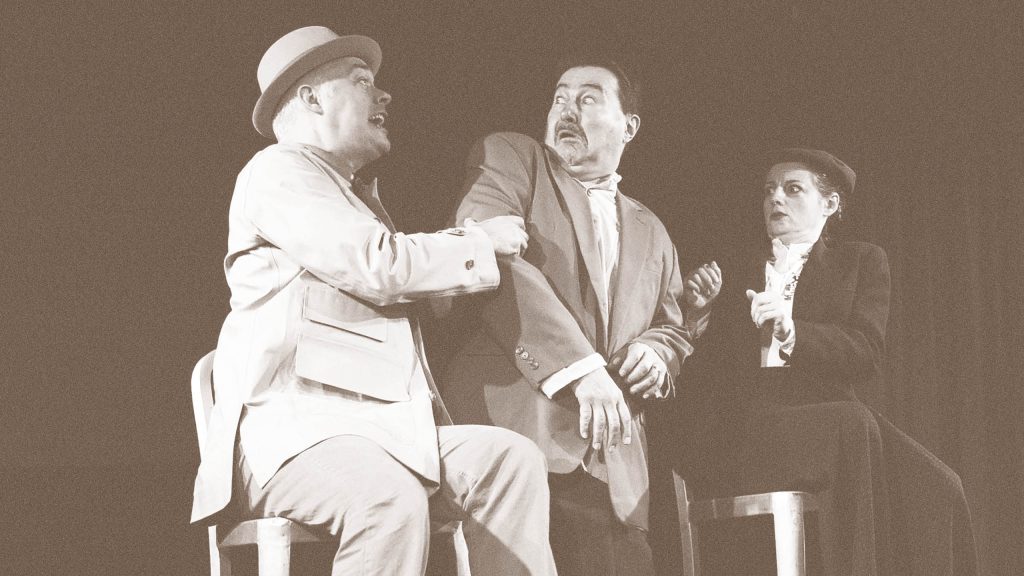 A unique opportunity to hear the stories of one of the most popular authors of all time, the Ukrainian-Jewish writer Sholem Aleichem, in the language in which they originated. TEVYE SERVED RAW stars Shane Baker, the leading epic of Yiddish theatre, as well as Yelena Shmulenson and Allen Lewis Rickman, known as the Shtetl couple who have an eerie encounter with a dybbuk in the prologue to “A Serious Man”.

The Tevje stories are of course best known as the basis of FIDDLER ON THE ROOF (known in Germany as ANATEVKA). It is about identity and foreignness, about home and flight, and in all this also about the fundamental insight that traditions can only be preserved if they are renewed. However, the world-renowned musical watered down the stories to make them more acceptable to the Broadway audience of its time.

TEVYE SERVED RAW – WITH JEWS goes back to Sholem Aleichem’s original and shows what they left out of FIDDLER. The play returns the story to its authenticity and leads deep into life in the shtetl – where the ancestors of most American Jews come from.

English and Yiddish with German surtitles

As part of “Stay curious. City of Culture Dresden 2022”
Funded by City of Dresden & Kulturstiftung Sachsen